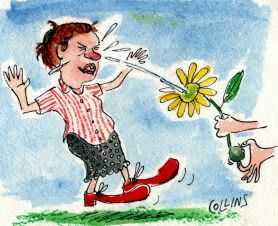 A Nose of Her Own, Merrigong Theatre Company and Circus WOW present:

After the fabulous success of their first season in 2002, this company of women clowns is very pleased to be presenting a new show for 2003:

Come and celebrate women's wickedness as these misbehaving, anarchic, cheeky women explore life beyond the boundaries and outside the ordinary. 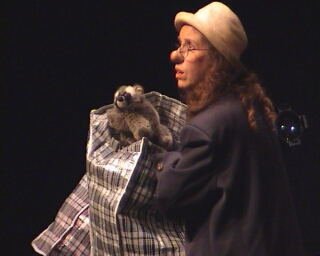 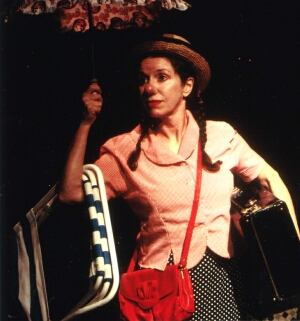 The first production by this new company of contemporary women clowns, with Special Guests from the WOW Women's Circus, was presented in Wollongong, Australia in November 2002. 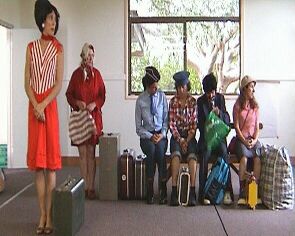 A Nose of Her Own 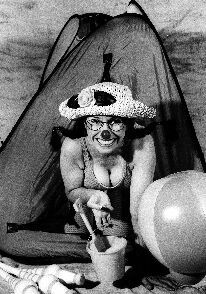 in a celebration of everything that's ridiculous about life and the fairer sex.

Two of Australia's top women performers joined with a gang from the local WOW Women's circus to present a world premier of a new work. 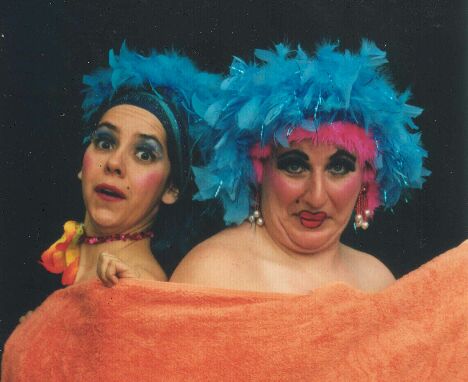 Opening with a chaotic 'Charivari' In which a dozen or so clowns take over the stage and the auditorium, the show moves into itąs centre piece which is a duet for Two clowns and a Baby Grand Piano.  This was followed by the Grand finale ­ a surreal reinvention in which the clowns do their version of a Water Ballet a la Esther Williams.

The show drew on elements of vaudeville, circus and popular performance while also accessing the atmospheric space and the marvelous balconies of the 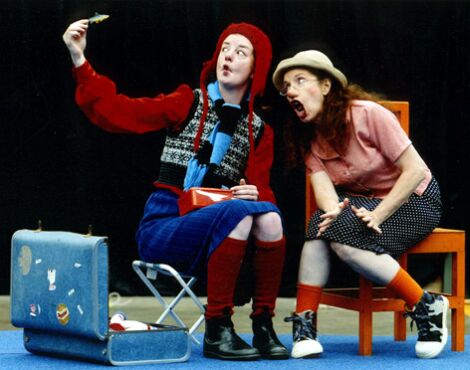 This site published by Artmedia Publishing The content of this site is copyright. No part may be reproduced or transmitted for commercial purposes, without the prior permission in writing from the publishers.

Building a community of interest in contemporary Australian and New Zealand literary and Performing Arts - Click on this link to find other similar sites.